Home / Without Label / Alter Your Genes and Cure any Disease

Alter Your Genes and Cure any Disease 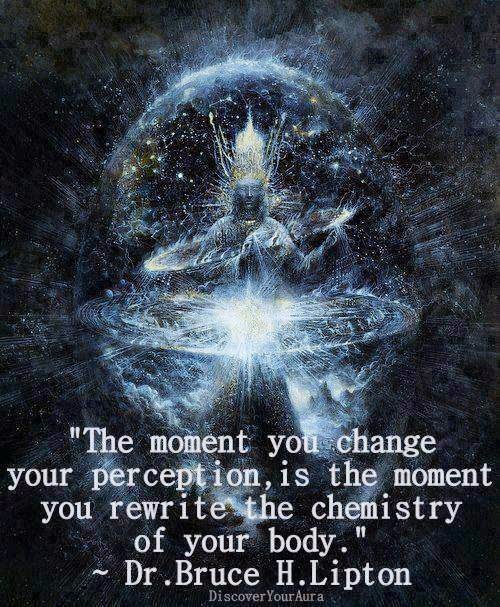 The new age gurus, spiritualists or visionaries talk about the power of thoughts and how it manifests into reality. But when the same theory/concept is affirmed by someone from a scientific background, it helps bridge the gap between science and the spirituality.
Bruce Lipton, a cellular biologist and bestselling author of The Biology of Belief, advocates the idea that we have significant control over our biology, and with our intentions and beliefs we can ‘reprogram’ or ‘control’ our genes and our lives. This challenges the traditional scientific belief that genes control life and people attribute their illnesses to genetic dysfunctions.
For instance if cancer, heart failure or some other disease runs in the family, it doesn’t necessarily mean that a younger member of the family would also get those diseases, contradictory to the belief that diseases are hereditary. The genes can be altered by changing our environment and perception of that environment.
Cells are like miniature people, since cells and humans have the same system like digestive, reproductive, immune and nervous systems. Each cell, like every human, has receptors built into its skin so it can become aware of the environment. If a person is in a stressful environment, every one of our cell is also experiencing that via the electromagnetic vibrations sent throughout our body. Similarly, if we are happy, our cells are happy and in harmony. “Cells experience the same life you experience and it can survive outside of your body by living and growing in a tissue culture dish,” Lipton adds.“You can control your genes by influencing your beliefs and personal attitudes. How I see the world and my perception controls not just internal biology and genetic behaviour but it controls how I create a world around me, your mind’s perception of the world changes the biology and chemistry of your body which changes the cells in your body.”


Research reveals that 95% of the time humans use their subconscious mind which is the habit mind programmed from childhood till the age of 6, after which your life is controlled by those habits. While the conscious mind, which we associate with our personal identity, our thinking and reasoning mind, is used only 5% of the time.
You might accept this message and might think that I will change or become positive and eliminate the negative thoughts, but in real that’s only your conscious mind talking, the subconscious wants to return to his old ways of repetitive patterns. We have to make a conscious effort to unlearn what we were programmed as children and not rely on habits and make a visible change in our lives.
According to Lipton, there are three ways that are effective in changing old, limiting or sabotaging beliefs in the subconscious mind, Buddhist mindfulness, clinical hypnotherapy and a new healing modality called ‘energy psychology.’ This change will eventually lead to a healthier living in harmony with nature and ourselves.

Alter Your Genes and Cure any Disease
4/ 5
Oleh Renato Toska
Pada 2:47 AM Komentar