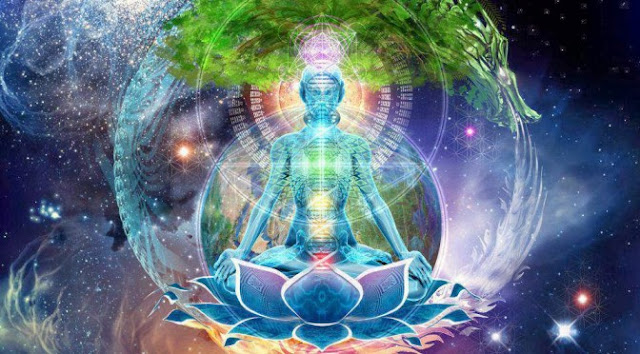 Spiritual awakening can refer to quite a few phenomena and there are varying degrees of awakening. It is possible for a person who has done no spiritual work to have a spontaneous awakening. This type of awakening occurs as a result of a raise in consciousness where the individual becomes aware of realities and parts of themselves that were previously hidden from consciousness. This raise in consciousness can be due to things such as reading something of a spiritual nature that reminds the person of something they have forgotten or have been disconnected from. When something is read thatresonates with a person’s soul and their higher knowledge, this higher part can be activated and incarnated. For example, some forces which were previously located outside of the body (not yet incarnated) suddenly enter the person’s energy, thereby raising their consciousness and awakening awareness of this new force. This type of spontaneous incarnation of higher energies can occur due to various life circumstances or occurrences that open the person’s current energy to these higher forces.

Another possibility is that as the person grows up their physical and energetic bodies are naturally becoming ready for this incarnation and it was predestined that at a particular time the energies would incarnate. This type of phenomena actually occurs throughout the lifetime and is the reason for the immense changes in consciousness that occur for everybody as they grow up. For those with children this will be very obvious at the time the child begins speaking. Their is a huge leap from the baby who cannot yet talk to the one that can, and it does not take very much perception to see that a part of the individual that was previously not there has suddenly (maybe over a few day, weeks or months) incarnated. You can actually feel that the weight of the child's energy has increased immensely and now their personality is beginning to bloom.

As well as the incarnation of higher energies in this way, the person’s past-life Samskaras (mental and emotional issues which are a part of the astral body) will begin to incarnate. As the child experiences life there are bound to be many traumas. When a trauma occurs that brings similar feelings to a past life trauma, the negative astral energy associated with the past life will be activated and incarnated into the body.


The point here is that both higher Forces of Consciousness as well as negative astral energies incarnate gradually as the child grows up. This incarnation continues for the entire life but for many it slows down immensely at the age of 28. For most people the incarnation of the negative astral energies will have been completed by this time and a solid ego structure formed. For those who do not follow any spiritual practice or meditation technique, their energy will stay much the same after this point. Twenty-eight is said to be the youngest age a person can achieve Enlightenment as before this time the required forces have not yet fully incarnated.


A spontaneous awakening simply means that a part of a person's energy has been awakened or incarnated. This awakening will certainly lead to a leap in consciousness and more spiritual awareness but on its own will not lead to spiritual transformation and incarnation. The energy body of the individual is often left in much the same state and they continue to be enshrouded by the ego. Many people can have an enlightening experience but this doesn’t mean they are Enlightened…a huge awakening and realization yes, but there is still a lot of diligent work to do.

Often with an awakening the realization follows that to enjoy higher consciousness and ground your higher aspects is going to require a lot of work to clear all past conditioning and emotional imprints so that the spirit may dwell within the body. In fact, following a spiritual experience there is often a comedown effect. As the higher energies enter the body, the entire energy body's vibration is increased which leads to many subconscious memories and conditioning being dislodged and allowed into consciousness. This can be quite unpleasant. Generally the greater the experience of awakening, the greater the come-down as more subconscious energies are released into consciousness. These released energies need to be cleared and transformed by spiritual practices but often the individual does not have the knowledge to succeed with this.

Sometimes an individual will have a very powerful awakening that they cannot handle. With little knowledge of what is happening to them, and as it is the ego that is experiencing the raise in consciousness, they may enter into psychosis. The individual is feeling immense power and often feels invincible; they feel like they have reached heaven or Enlightenment and often see visions of things like angels and ascended beings. The ego of these individuals does not understand what is happening and can only do its best to understand the various phenomena that they are experiencing. The ego has been “cracked” and as the ego is based in the material world it denies the existence of the spiritual world and has no way to process the experience. As the raise in vibration also dislodges much subconsciousmaterial the confusion increases and they end up in a state of psychosis. This type of occurrence usually only happens to someone whose energy is quite open. The ego is likely to have very weak parts and so the energy body and aura have holes or weak spots. With this type of make up a spontaneous awakening can cause far too much voltage to enter the energy bodies leading to the above scenario.

Another way for this type of experience to occur is through drug abuse. As the drugs continually weaken the person’s energy, opening it up to all kinds of forces as well as raising their vibration and connection to higher energies, the possibility of a large scale awakening is greatly increased. The risk of drugs inducing a psychosis such as this is greatly increased with someone who is young (the ego is not yet solid) or if their make-up is like that described above.

The problems faced by people who have these spontaneous awakenings are quite considerable. As the experience was so great, the comedown is going to be massive, often too much to handle and it can go on for many years. Unfortunately after the experience many of these people are convinced by doctors that they were simply having a psychotic episode, everything they experienced was either an illusion or a delusion and that there is no such thing as spiritual awakening. The remedy is to now sedate them and disconnect them from their energetic and physical bodies with anti-depressant, anti-psychotic or anti-anxiety drugs. Of course to the doctor, they are simply fixing the chemical balance in the brain and thereby decreasing the discomfort for the individual, making it possible for them to integrate back into society.

Often the individual will now begin the process of trying to reintegrate their ego which has been exposed as a fraud during the psychosis and badly damaged by the high voltages. This is likely to be a very slow process and they will likely feel depressed, anxious and empty for a very long time. They have experienced firsthand some of the euphoria, power and love of their Higher Self and must accept that it was a delusion and that they will not feel it again in this life.


The best outcome of such an experience would be the knowledge that what they experienced was real, although at the time they were unable to handle or understand it, and that to incarnate these higher forces permanently they will need to work very hard with the appropriate spiritual practices. If this is the outcome their chance of permanent spiritual transformation and incarnation is very high.

To achieve these ends you need to work on all aspects of your being. The information available here describes many of these aspects, the various energies and forces that make you up and what needs to be transformed. The practices available are for those who want spiritual experiences, awakening and transformation NOW.


Note:
The risk of an awakening as described above is very low as you will be strengthening your energy at the same time as awakening and you will have the knowledge and practices needed. I have described the above scenario to give you a greater understanding of various phenomena and also for those who have experienced these things directly.
These people are in need of real practices that work.