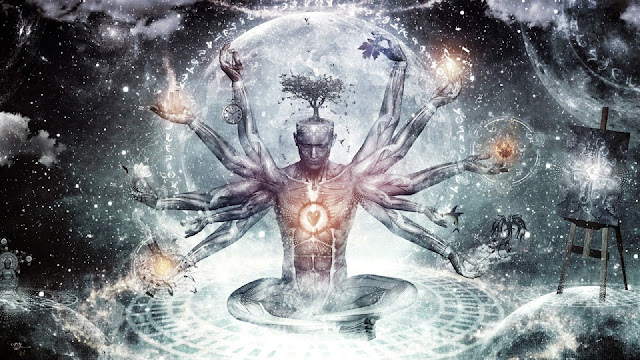 It sounds distressing to be trapped in perpetual illusion. Reality is reassuring – or it’s supposed to be – and victims of a mental disorder like schizophrenia struggle desperately to get back there. So does Neo, the hero of The Matrix, who joins the rebels to fight against the ultimate illusion, an all-enveloping, three-dimensional, hallucination forced on the population as a computer program so that artificial intelligence can exploit them for fuel. Physicists had more than a mild reason to be intrigued. The quantum revolution did the same job that Neo tries to do, defeating a whole host of illusions imposed by the five senses. But outside the movies, it turns out that people fight just as hard to keep the illusion intact. Security, even as an illusion, is a hard thing to shake.


It’s innocuous to keep referring to “sunrise” and “sunset” when we know full well that it’s the Earth that moves around the sun or, more precisely, they are both in constant motion relative to each other. There’s no bother about saying, “I dropped my book on the floor,” even though according to physics, gravity is a two-way street. Your eyes tell you that your book fell to the floor because the floor is your frame of reference. If the book is the still point of your frame of reference, it is the floor that meets the book. And if a wider frame encloses your view (from the vintage point of the whole solar system, for example), then the book and our planet move toward each other.

Our compromise with the five senses keeps in place a wrap-around, twenty-four seven, three-dimensional illusion. This is the real Matrix. The major reason for not fighting to get out of our willed illusion is that life runs smoothly and safely enough inside the bubble. The name of some quantum discoveries, like the Uncertainty Principle, is enough to induce faint queasiness. But incrementally, the quantum worldview has overturned so many aspects of the physical world that by now, quite literally, nothing we casually take to be real actually is. Solid objects aren’t solid; time doesn’t move in a straight line; cause and effect have become unhinged; 96% of the universe is supposedly composed of dark matter and dark energy, which are totally unlike ordinary matter and energy – and so on.

It isn’t even clear that quantum physics will remain a satisfactory model for reality, especially on the “dark” side. Although its mathematical basis has proved remarkably accurate, once you reach the border where time and space disappear into the quantum vacuum, physics becomes remarkably speculative (i.e., divorced from direct experimental evidence). The public hears about impressively arcane theories of superstrings and the multiverse while inside the game, theoretical physicists wonder if these theories aren’t just one illusion competing for acceptance against another. The pitfalls of theology, where any notion of God can succeed if enough people believe in it, aren’t that far away, and yet science prides itself on being the very opposite of theology.

We’ve offered this fairly long introduction in order to pose a simple question that will be confronted in a series of posts: If we are trapped inside a convincing illusion, can reality set us free? Do we want it to? “Freedom” is a very human word. It’s the opposite of enslavement. In this case, if we are all enslaved, our oppressors are familiar things we live with so naturally (the five senses, rationality, the solid physical world, the passage of time from past to future) that the tables have turned. Being real feels threatening; enslavement is comforting. Who wants to adapt to unfiltered reality if it means life in a phantom world of invisible energy fields, unpredictable events, and shadows that wink in and out of existence?

We will argue that however threatening, reality is the only thing that can lead to a higher state of freedom. No one is being asked to leap into the domain of quarks and hadrons, which would be physically impossible to begin with. Instead, we are proposing that certain fundamental principles, originally uncovered by quantum physics, are not confined to the quantum domain. They are operating here and now at the level of life all around us and in fact everywhere. There aren’t two independent realities, one arcane and quantum, the other familiar and comforting. There is only one reality, and being our home, it must be understood fully, with all its implications for everyday life.


The first principle we’ll deal with is known as complementarity, one of the rocks that quantum physics was built on. Among many other things, complementarity tells a physicist why two particles separated by vast distances in space manage to act instantaneously together, as if they were next to each other, communicating with each other. By implication this seemingly technical term also applies to two neurons talking to each other far apart in the human brain, and indeed to all biological systems. If that’s true, as we believe it is, then an esoteric aspect of quantum reality holds the key to the reality you experience every time you have a thought, wish, fear, desire, or dream.